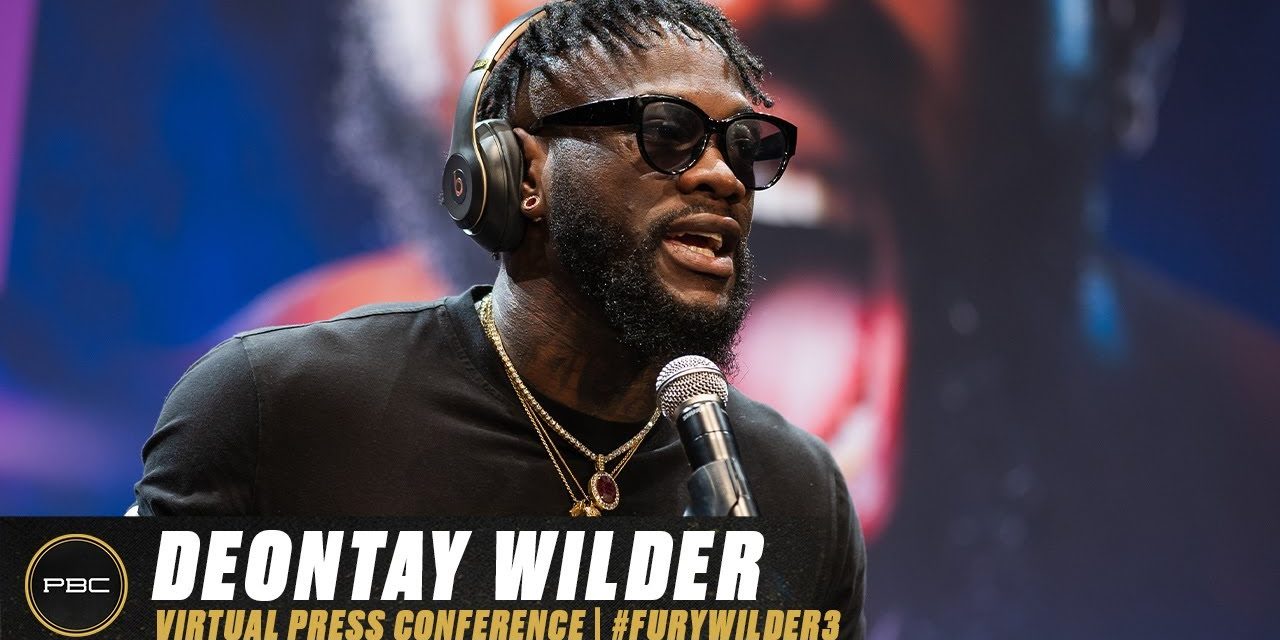 “I want payback back in blood,” said Wilder. “On October 9, I will get my revenge. It’s an eye for an eye.”

Tickets for Fury vs. Wilder III are on sale now and can be purchased at www.t-mobilearena.com or www.axs.com. The event is promoted by Top Rank, BombZquad Promotions, TGB Promotions and Frank Warren’s Queensberry Promotions. A Premier Boxing Champions presentation.

Here is more of what Wilder had to say Wednesday:

“I feel amazing. It’s past good or great. This time that has passed has been great for me. With the more time that’s passed, the more that we’ve been able to work on different little things and perfect them. You can’t always be perfect, but that doesn’t mean you can’t train to be perfect.

“Malik Scott is a wonderful person and trainer. We met years ago sparring with Tomasz Adamek. We clicked right away and we’ve formed a real bond and brotherhood. I have so much love around me in this camp, that I’m not dwelling on anything negative.

“We’re having fun while learning and creating things together during training camp. That’s just the passion that we have to become two-time heavyweight champion of the world.

“I’m super focused. I’m more focused now than I’ve even been in my entire career. This is the second phase of my career. I had fun winning and defending the title for five years. At this point, we’re just serious about everything. I’m in a happy place and I’m glad that I’m here.

“They say that things happen for a reason and that we don’t understand that reason until we get to a certain place in life, then we understand it. My whole team understands everything that has happened and we’re looking forward.

“The delay was actually a blessing for me. The more they delayed it, the more time we had to work on my craft and art, along with strategically going over the game plan we’re going to have on October 9. It was obviously frustrating, because I was ready to go, and this is the longest I’ve been out of the ring. There’s something about the ring that calls you and draws you back. But I’ve used the time and benefited tremendously.

“I appreciate the love from my true fans. I’ve received so many messages from people of all walks of life. Now we’re back again for redemption and retaliation on October 9. The BombZquad is back.

“This has hands down been the best training camp I’ve had in my entire career. Sometimes you need events to happen in life to bring about changes that you need. We’ve had no distractions and I’m just in a happy state mentally, physically, emotionally and spiritually.

“You’re looking at a rejuvenated and reinvented Deontay Wilder. The old Deontay is no longer there. I can’t explain it to you, I have to show you on October 9. I’m looking forward to it and I can’t wait.”