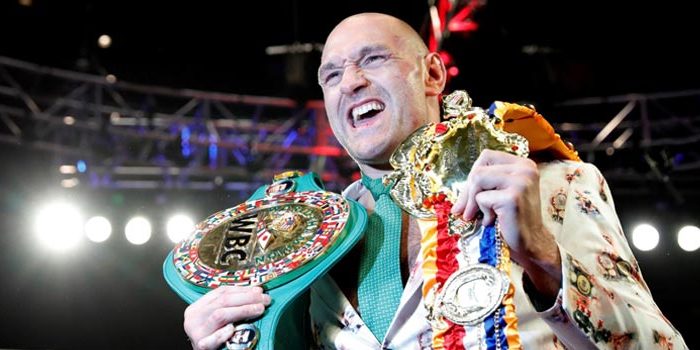 Fury and Wilder will collide for a third time, at the T-Mobile Arena in Las Vegas.

The two boxers first met in December of 2018, when they fought to a controversial twelve round split draw at Staples Center in Los Angeles. Fury went down twice in the fight.

In their February 2020 rematch, Fury dropped Wilder twice and stopped him seven rounds.

After some legal wrangling and several delays, the third fight was finally set down for October 9.

After the second contest, Wilder made numerous allegations against Fury – including a claim that Fury had loaded his gloves with “egg weights.”

John Fury was never in favor of the third encounter, because he wanted his son to face then unified champion Anthony Joshua, who last weekend lost his crown to Oleksandr Usyk.

Wilder had an immediate rematch clause, which an arbitrator legally enforced earlier this year.

To erase all doubts, John Fury explains that his son will give Wilder “the beating of his life.”

“Tyson will send him into retirement this time. He’ll never box after this, he’s gonna get beat to pieces. Smashed to pieces. He got humiliated last time. He let the whole of America down. Tyson smashed him to pieces. He’s lucky to be boxing Tyson again for the third time,” John Fury told BT Sport.

“After that last performance, he don’t deserve the fight. It should have been him and AJ. People who like blood and snot everywhere and injuries are going to have a right night, believe me. He’s going to get it proper.”