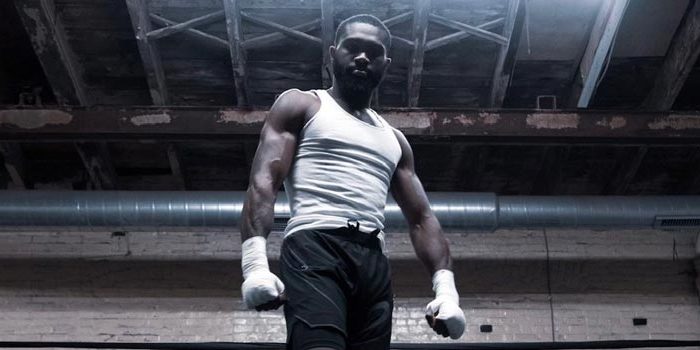 Ennis (27-0, 25 KOs), who has steadily risen in the ranks since his pro debut in 2016, faces another tough welterweight opponent in Dulorme after previously stopping former champion Sergey Lipinets in April. Dulorme, a 147-pound contender and former 140-pound title challenger, has amassed a solid resume in his career, climbing into the ring with world champions Yordenis Ugas, Jessie Vargas and Terence Crawford.

Named the 2020 Prospect of the Year by Ring Magazine, Ennis is trained by his father Bozy Ennis at Bozy’s Dungeon in his hometown of boxing-rich Philadelphia, Pa.

“My dad has me working on some new things to get better,” said the 24-year-old who boasts sublime boxing skills and power in both hands. “We’re working on having me be more relaxed in there and just staying sharp and alert, using my jab and going to the body a lot more. I never look for the knockout. I just go in there and do what I’m supposed to do and I let the knockout come to me, which it usually does.”

Ennis is currently ranked IBF No. 3, WBO and WBA No. 5 and WBC No. 8 at 147 pounds, and he believes that a title shot isn’t far away. He sees his latest opponent as just another obstacle in the way of reaching his ultimate goal.

“Dulorme is a good fighter and I don’t take anything away from him,” Ennis said. “He’s fought a lot of great guys, world champions, but I’m on a different level right now. I’m coming to take over the welterweight division and he’s in my way. He’s got to go. I’m coming for all the belts.”

With Ennis’ last three fights, including the no-contest against Chris van Heerden, all coming inside “The Fight Sphere” at Mohegan Sun, he is excited to fight out west for the first time in the Boxing Capital of the World as a profesional. Ennis does have fond memories of the city, however, having won Gold at the 2015 National Golden Gloves in Las Vegas.

“That’s a really fun memory, especially because I won the whole tournament,” he said. “I love Vegas. It’s the home of boxing, but honestly, I have so many fans from Philly coming out to this fight that it’s going to feel like I’m fighting at home. I would love to keep fighting in Vegas, bring my Philly people out, and make it like a second home.”

As the next in line amongst future Philadelphia-born world champions, Ennis takes great pride in his hometown and sees lots of boxing potential brewing in the City of Brotherly Love. “I definitely see a lot of other great prospects in Philly. There are even some amateurs that are about to turn pro that are great prospects. Philly has a lot of firepower and great guys coming up in the ranks right now. I feel like Philly is going to take over the boxing world.”

Ennis made his SHOWTIME debut in 2018 on ShoBox: The New Generation, scoring a third-round TKO over Armando Alvarez. Ennis has continued his progression on SHOWTIME, including in his last fight in April, when Ennis passed the most significant test of his career with flying colors, becoming the first fighter to stop Lipinets. Still, the rising star isn’t satisfied.

“It’s wonderful that I’m getting more and more recognition, but that’s not what I do this for. I’m just ready to take over the entire division. I promise this is just the start for me.”