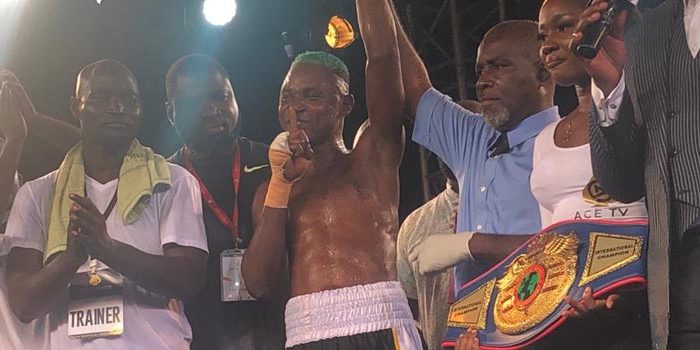 Robert “Stopper” Quaye got the result he hoped for but not in the manner he wanted.

Quaye was awarded a first-round TKO win when opponent Nathaniel Nukpe pulled a “No Mas” after suffering a knockdown in the first round of their main event Saturday night at La Palm Royal Beach Hotel in Accra.

With the win, the unbeaten Quaye captures the little-known lightly-regarded UBO super lightweight title. More importantly, his status as one of Ghana’s finest remains.

As he promised, Quaye attacked from the opening bell, pounding the journeyman with power punches that drove him to the canvas. The opening salvo was enough to convince Nukpe to call it a night.

Or so it appeared.

“I was ashamed to have been referred to as a Togolese despite being a Ghanaian from Aflao in the Volta Region,” Nukpe told BoxingAfrica.com after the bout, referring to ring announcer Nathaniel Attoh introducing him as a fighter from Togo.

“I felt no need to continue with the fight knowing very well that I was fighting as a Togolese instead of being Ghanaian and so I decided to quit.”

“I was really amazed at the error of the ring announcer, but that shouldn’t be the basis of him quitting the fight after deciding to begin the fight,” Amankwah told BoxingAfrica.com.

“He and his corner had time to protest to the announcer to do the right thing but to allow the fight to start and then protest this way after a knockdown isn’t a good thing at all.”

In the co-feature, featherweights Holy Dorgbetor (8-0, 5 KOs) and Success Tetteh (10-3, 8 KOs) thrilled fans with an all-action affair which earned Dorgbetor a 12-round unanimous decision win to claim the national featherweight title as well as the UBO trinket.

Judges Michael Neequaye and Clement Ashong both scored the bout 120-105 with Shadrack Acquaye scoring it 119-105, all in favor of Dorgbetor who dominated the entire 12 rounds against a game challenger. 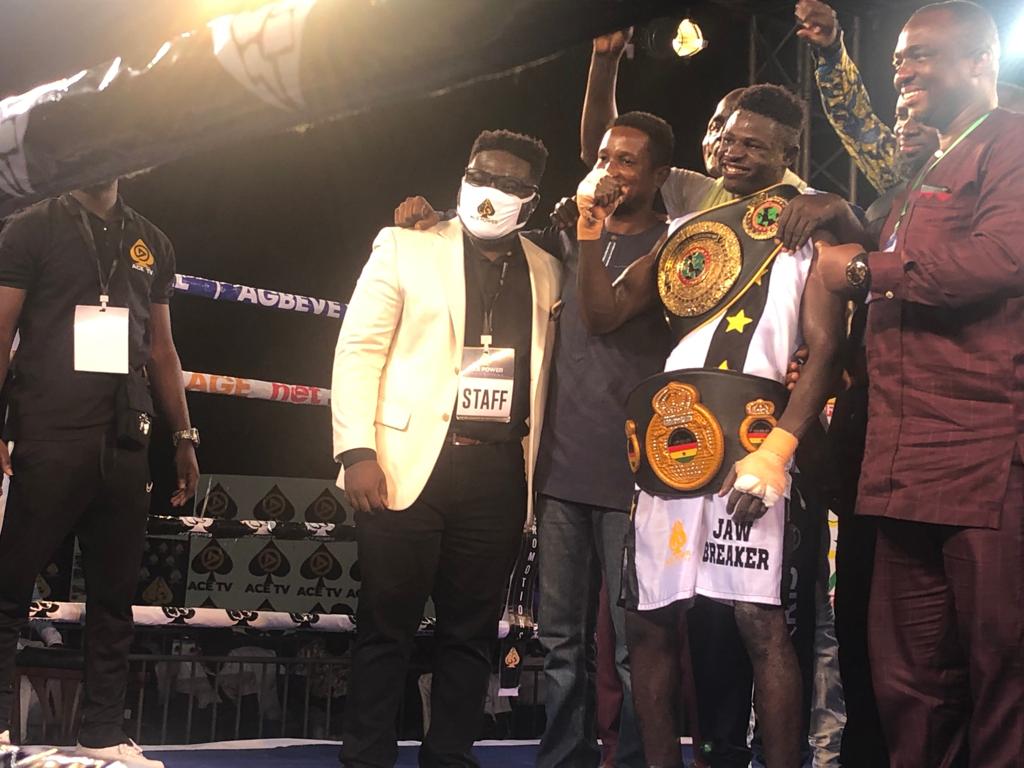 “He said he would teach me a boxing lesson but as a student I managed to school him throughout the rounds,” said Dorgbetor. “This is a big win for me and I’m glad to have won these great titles.”

The disappointed Tetteh called for a rematch, attributing his defeat to taking the fight on short notice.

“I want to congratulate him for a good show but I will be back in good shape to face him in a rematch if he is willing to offer me one,” said Tetteh.

“The notice for this fight was very short and that really affected my preparation but Holy is a good fighter and I have to acknowledge that.”

In other bouts, Tanzania’s Loren Japhet (11-5-2, 3 KOs) earned a second-round knockout win over Sherif Kareem (9-4, 7 KOs) of Nigeria in their super bantamweight contest while Raphael King stopped Emmanuel Allotey in round five of a welterweight contest.

Victor Kuwornu made his long-awaited return to the ring with an eighth-round technical knockout win against Armah Quaye, light heavyweight Ahmed Abdula finished off James Owoo in round two and Emmanuel Quartey stopped Billy Quaye in two rounds in their super featherweight contest.