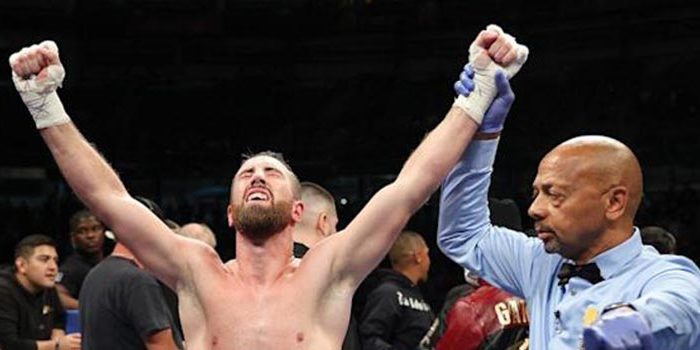 In one of the biggest boxing upsets in recent memory, Sandor Martin of Spain scored a majority decision victory over former four-division champion Mikey Garcia on Saturday in Fresno, California.

Martin (39-2, 13 KOs) had never competed on the world level before; this was his first bout outside of Europe. He was meant to be a stay-busy opponent for Garcia, who hadn’t fought since February 2020 and was eyeing an early 2022 bout with Regis Prograis.

“He was the one running around a lot,” said Garcia, ESPN’s No. 8 welterweight. “I thought I was winning the fight in a close matchup.

“I thought I did enough to win the rounds. I was the aggressor looking to make the fight. There’s no excuses. That’s the way it is.”

Martin, 28, boxed off the back foot and was able to time the more aggressive Garcia with straight lefts all night.

As the rounds piled up, it became clear this wasn’t simply a fast start for the underdog against a rusty fighter, but an upset in the making.

Garcia (40-2, 30 KOs) pressed the action but showed no genuine urgency even though the fight — and perhaps his status as an elite fighter — was clearly slipping away.

Martin was picked to be an opponent for Garcia who would give him rounds but not be a threat to win. But Martin had other ideas in his first fight against world-class competition.

“He’s a legend. It was a pleasure to share the ring with him,” said Martin in Spanish through an interpreter. “It’s the best moment of my career. I always said I was going to do it and I did it.

“I know myself; I know my capability. He’s a complete boxer, but he’s not a natural 147-pounder.”

Garcia, a native of Southern California, captured titles at 126 pounds, 130, 135 and 140. In his bid to become a five-division champion, he was dominated by Errol Spence Jr. in a 2019 welterweight title fight.

Despite the lethargic performance against Spence, Garcia remained at 147 pounds for a tougher-than-expected unanimous-decision victory over Jessie Vargas in February 2020.

Garcia was in talks to fight Prograis at 140 pounds this fall, but when streaming service DAZN wasn’t willing to shell out the multiple millions necessary to finalize the bout, Garcia decided to fight Martin in an attempt to shake off the rust.

Turns out the inactivity and added weight finally caught up to him, as Garcia looked sluggish and slow. He wasn’t able to land his patented combinations or locate Martin with his excellent jab.

Garcia is considered one of the best technicians in boxing — he’s trained by his older brother, renowned coach Robert Garcia — but the long layoff seemed to disrupt his usually excellent timing.

Martin deserves plenty of credit too. He boxed patiently for 10 rounds behind his southpaw jab and made Garcia pay on numerous occasions with scoring combinations.

He looked nothing like the man who lost to fringe contender Anthony Yigit in 2017 and will return to Spain a sporting hero even without the title.

Martin said he was open to a rematch with Garcia but planned to return to 140 pounds to pursue a title shot.

Garcia, on the other hand, finds himself at a crossroads, a big-name fighter who already has accomplished so much. At 33, he has plenty left, but 140 pounds (or 135) is seemingly a far better weight for Garcia. And to truly recapture his former status as one of the best pound-for-pound boxers in the world, he desperately needs to score an emphatic win over Martin in a rematch.

If there is a rematch, Garcia said he would prefer it to be 12 rounds, as he felt he was coming on strong down the stretch.

Gonzalez, a southpaw from Puerto Rico, outboxed the hard-charging Soto from the outside over 12 rounds. Soto (19-2, 13 KOs) had made three successful defenses of the title he won from Angel Acosta in 2019.