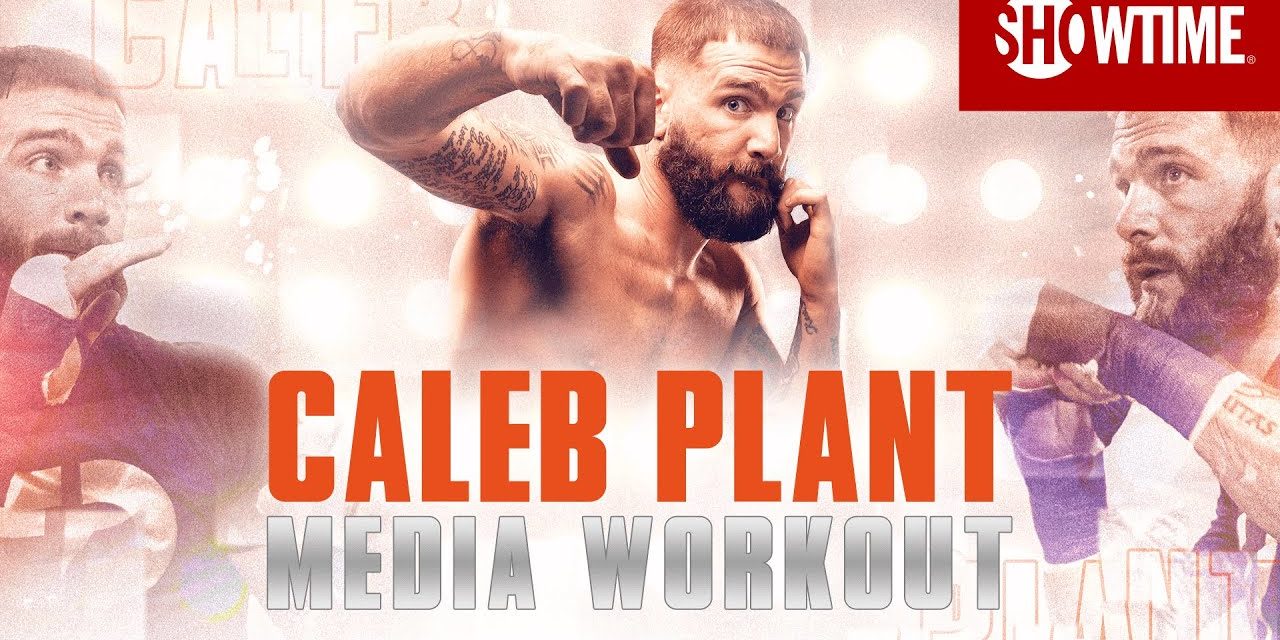 The unbeaten and supremely talented Plant will attempt to earn a career-defining victory and keep his perfect record intact as he makes his fourth world title defense. The winner of the November 6 bout will stamp his name in the history books as the first undisputed 168-pound world champion of the four-belt era.

Tickets for the live event are on sale now and can be purchased at AXS.com. The event is promoted by Canelo Promotions and TGB Promotions and sponsored by Hennessy and Value.

Watch the replay of today’s workout HERE via the SHOWTIME Sports YouTube channel. Here is what Plant, along with co-trainer Justin Gamber, had to say Wednesday:

“This is personal for me, but every fight is personal for me. I’ve sacrificed a lot for this sport and dedicated myself completely, so anybody who’s getting in the way of my goals makes it personal to me. No matter who it is.

“There are a lot of things that I possess that are going to give him issues in the fight. Every fighter says this is their best camp, but I am honestly saying that. I’ve had no injuries, amazing sparring and I’m ready to rock.

“I have a lot of respect for this sport. I’ve dedicated myself to this sport and sacrificed every day. I want my name in those history books. November 6 is a big step toward that goal.

“I have a big opportunity ahead of me. I haven’t taken any shortcuts in my training. I’m prepared physically, mentally and spiritually. I’m just locked in.

“There have been some guys who lost before the bell even rang against Canelo. I think that’s why he’s so irritated with me. Some guys just come in and are there to hand over their belt, get their check and leave. Anyone who knows me, they know I’m only here for those belts.

“I’m grateful and appreciative of this opportunity. But I’m not here focusing on building my name, I’m here for those belts and for that win. That’s all I’m focused on.

“He says the first few rounds will be tough, but I’m saying all the rounds are going to be tough for him. He’s got a tall order in front of him. Me and my team are focused and ready. I’m just encouraging everyone to tune in, because it’s going to be fireworks.

“This is the best shape I’ve ever been in. You have to train like a world champion, even before you are one, and that’s what I’ve always done. I’m peaking at just the right time. The moment isn’t going to be too big for me. The closer we get, the smaller the moment feels.

“It’s been a long journey for me and my dad (co-trainer Richie Plant). Those tough moments made me the fighter that I am now. I have a great team behind me and we’re all ready for November 6.

“Camp has been great. Sparring has been pushing me hard. I’m just looking to finish out this camp. I can’t wait for the first bell.”

“We’re putting the final touches on training and fine-tuning a few technical points in our game. We’re making sure we solidify the game plan.

“The physical attributes Caleb has over Canelo will make a difference if we use them the right way. There have been a lot of guys against Canelo who haven’t been able to use their attributes. Luckily we have the skills to use our height and reach the right way and I expect Caleb to do that on fight night.

“I’m excited about the challenge going up against Eddy Reynoso. He’s a top coach and I respect what he’s accomplished. I look forward to the challenge.

“When you have two alpha dogs in the same room, it’s not going to be calm. There’s always going to be clashing. It doesn’t surprise me. It’s not personal on the teams’ ends, but these are two Pitbulls and they’re ready to go at each other.

“In my opinion, our team is the best team in boxing. Every person on our team is a great asset. They’re all the best at what they do. Chemistry and camaraderie are extremely important when it comes to teamwork. We all get along great and it’s a great environment for Caleb to work in. It’s going to show on fight night.

“Caleb has always stepped up when the time came. He was an underdog in the Jose Uzcategui fight. The lights and size of a fight have never been too big for him. It sounds like Canelo is hoping that’s going to affect him.

“The more on the line, the more Caleb steps up. That’s how it’s been since we met and that’s what it’s going to be on fight night.

“Representing Nashville means everything to us. We want to put Nashville on the boxing map. To have an undisputed champ from Nashville is so important to us. That’s what we’re planning to do November 6.”