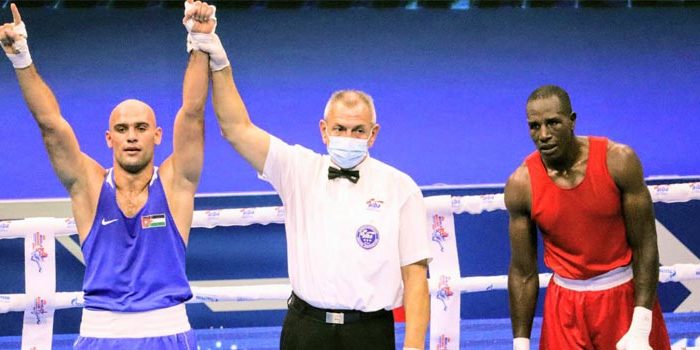 Africa’s hopes of qualifying for the quarterfinals of the AIBA World Boxing Championships in Belgrade have been dashed as all four remaining boxers in the round of 16 were defeated.

All four remaining African boxers were beaten by unanimous decision scores of 5-0 each. The boxers were DR Congo’s bantamweight Katamba Kabango, featherweight Nkosi Lunata and cruiserweight Christopher Luteke, and Scotland-based Nigerian featherweight Abdul Fawaz Aborode, who was representing Fair Chance Team Two, AIBA’s refugee squad consisting of  boxers who were victims of civil strife in their countries of origin, among other humanitarian reasons.

Africa entered 41 boxers from 10 countries but owing to logistical reasons some arrived late for the championships. Tanzania’s three boxers pulled out at the last minute due to visa and flight connection problems. Yet their secretary-general Lukelo Willilo managed to travel and is currently in Belgrade on what he describes as a benchmarking and networking trip.

“I have learnt a lot so far in Belgrade and made useful contacts with officials from other countries,” said Willilo. “There is a possibility we might a hire a foreign coach to assist us develop boxing in my country.”

The president of the African federation, Mohammed Moustahsane from Morocco, offered various reasons why top African boxing nations such as Morocco and Algeria did not enter the world championships.

“Morocco and Algeria, including Nigeria, held their general assemblies after the Tokyo Olympics,” said Moustahsane.

“This means a new board and new management and therefore there was no time for proper preparation. Also, Africa had bad results in Tokyo [Olympics], so some countries dismissed their technical staff and this means hiring new coaches who’ll have to take time familiarizing themselves with their national teams. Other countries had problems  obtaining visas. This takes too much effort and costs to secure participation and you cannot buy tickets before securing a visa.”

Moustahsane also feels most African governments are not giving boxing the importance it deserves and thus, the world championships is not a priority.

“They use 70% of their budget on football yet boxing and athletics are the main source of medals for many countries,” he said.

Among reasons cited for Africa’s poor performance in Belgrade were a lack of regular international competitions to keep the boxers sharp and expose them to big-time boxing. The only two known tournaments are the African Games and Africa Boxing Championships.

“I totally agree we need more competitions,” said Moustahsane. “We are in discussion with AIBA for us to be part of the new competition calendar to have at least four big events in Africa. This means our boxers will benefit a lot in terms of exposure and it will also be easier for them to take part in such important tournaments taking place in Africa.”