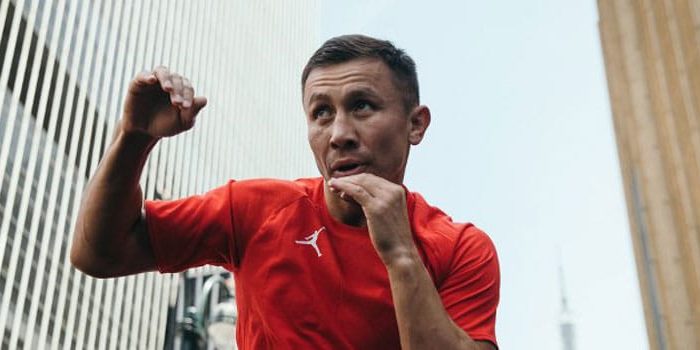 Gennadiy “GGG” Golovkin (41-1-1, 36 KOs), from Karaganda, Kazakhstan, boxing’s most dominant middleweight of his era, is bringing the Big Drama Show and his IBF and IBO world title belts to his opponent’s backyard, Japan, where he will rumble with two-time WBA middleweight kingpin Ryōta Murata (16-2, 13 KOs), in a long-awaited title unification fight.

Promoted by Teiken Promotions Inc., in association with GGG Promotions, Golovkin vs. Murata takes place Wednesday, December 29, and will be streamed live from Saitama Super Arena in Saitama, which border’s Murata’s hometown of Tokyo, to over 200 countries and territories, including the U.S., exclusively on DAZN (excluding Japan and Kazakhstan).  In a battle of two-time world champions and Olympic medalists, Golovkin and Murata will be looking to put their stamp on, arguably, boxing’s most storied weight class. They boast a combined record of 57-3-1, 49 KOs — a winning percentage of over 93% — with 86% of their victories coming by way of  knockout.

“I am really excited to be bringing the Big Drama Show to Japan, a country where boxing is very popular,” said Golovkin.  “Ryōta Murata has been an outstanding champion.  It is going to be a special night when we meet in the ring to unify our titles.  We are going to give the fans a great fight.”

“I feel that my entire amateur and professional boxing career has been a preparation for this fight against Gennadiy Golovkin.  This fight will determine my place in the middleweight division and boxing history,” said Murata.  “Gennadiy Golovkin has long been the standard-bearer of the middleweight division.  To me, he is still undefeated. I have the highest respect for him.  It has been almost two years since my last fight, because of the pandemic, but I have put that time to good use, working very hard with my trainers on improving my physical conditioning and adding more power to my punches.  I am so proud Japan is hosting this fight.  It is a great honor for me.”

“What a way to close out a fantastic 2021 of boxing, with one of the best to ever step in the ring Gennadiy ‘GGG’ Golovkin facing off against Ryōta Murata for the WBA, IBF, and IBO Middleweight World Titles,” said Ed Breeze, EVP Rights at DAZN.  “Ryōta Murata takes a big step up against the middleweight king GGG, who looks to continue his reign in the division after dismantling Szeremeta last time out.  This is set to be a middleweight war, and we’re thrilled to have the fight live on DAZN on December 29.”

Golovkin, who has worn a world championship belt every year since 2010, will be looking to build on his division-record of successful title defenses, which currently stands at 21.  He returns to the ring in the midst of his second reign as a middleweight world champion.  Golovkin regained the IBF and IBO middleweight titles in 2019 with a unanimous decision victory over top-rated contender Sergiy Derevyanchenko, a three-time world title challenger.  It was a hellacious toe-to-toe slugfest that had the frenzied crowd at Madison Square Garden on its feet for the entire 12 rounds.  Many considered it the Fight of the Year.  In his last fight, on December 18, 2020, Golovkin scored four knockdowns against undefeated mandatory challenger Kamil Szeremeta, en route to a seventh-round stoppage and a record 21st successful middleweight title defense.  Golovkin’s Big Drama Show has packed iconic arenas around the world, selling out Madison Square Garden, The O2 in London, the Fabulous Forum and StubHub Center in Los Angeles, and T-Mobile Arena in Las Vegas.  This will be his first time fighting in Japan.  His 11-year rampage on the middleweight division has also attracted millions of viewers who have watched him on premium cable, pay-per-view, and DAZN.  He earned an Olympic silver medal as a middleweight in the 2004 summer games in Athens.

Murata’s two world title reigns have begun with stoppage victories in immediate  rematches that avenged losses.  After losing a split decision to Hassan N’Dam on May 20, 2017, for the vacant WBA middleweight title, he dethroned N’Dam in the seventh round five months later, on October 22, 2017.  After a successful title defense — an eighth-round TKO of Emanuele Blandamura on April 15, 2018 — Murata lost his title to Rob Brant via a unanimous decision on October 20, 2018.  Nine months later, on July 12, 2019, Murata stopped Brant in the second round to reclaim the WBA middleweight title.  In his last fight, before the pandemic, Murata successfully defended his title with a fifth-round TKO of once-beaten Steven Butler.  The six-foot Murata, one of Japan’s most popular athletes, first came to the world’s attention when he captured the Olympic gold medal in the middleweight division at the 2012 Olympics held in London.  It was the first gold medal won by a Japanese boxer since Takao Sakurai in 1964, and also Japan’s first-ever boxing medal in a weight class other than bantamweight or flyweight.  Murata also became the 100th gold medalist in Japanese Olympic history.  Murata’s last eight victories have come by way of stoppage.