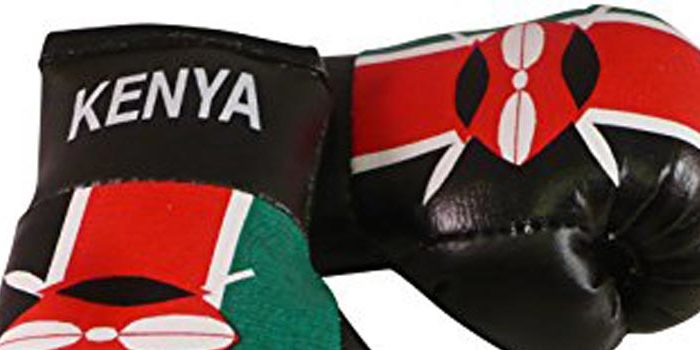 George Onyango is set to defend his national light welterweight title against Fred Nyakesha in the professional boxing rematch on December 4, this year at Charter Hall, Nairobi.

Both boxers promised a memorable fight during the Big Time Promotions that will have five crispy support bouts including women’s six-round contests.

The 24-year-old Onyango, who has six wins, two loses and a draw (6-2-1), beat Nyakesha, 40, in a split-point decision when they last met on September 8, 2018 at the Kenyatta International Convention Centre.

The victory saw Onyango claim the vacant light welterweight time, but the boxer, who has been training at Umoja Boxing Club, has since then featured in three contests, winning two of them.

His last bout was on October 20, this year at Charter Hall where he knocked out Richard Okoth in a non-title bout.

Nyakesha, who has seven wins, three loses and a draw, last fought on June 8, 2019, where he settled for a draw with Nicholas Mwangi at Charter Hall.

“My speed, power and skills have improved tremendously since we last met,” said Onyango, who was accompanied by his coach Jeff Magina during the promotion’s launch at Sarova Stanley Wednesday.

“I want to thank Big Time Promotion for giving me the opportunity to defend my title. This will be the fight of the year,” vowed Onyango.

Nyakesha, who has been preparing under his coach Alfred “Priest” Analo at Kariobangi Social Hall, disclosed that he has worked on his strength and conditioning aspect, as well as endurance ahead of the grudge match.

“My fans should be ready for a better and improved show from me. It will be a beautiful game,” said Nyakesha during the launch that was attended by Big Time Promotions’ Christopher Kinyua and Kenya Professional Boxing Commission (KPBC) president Reuben Ndolo.

Sponsors, who have come up to support the bout are, Sarova Stanley, Bison Energy Drink, Wazibet, Anthony Waithaka Foundation and Esen.

Ndolo and Kinyua promised to work together to bring more sponsors on board  in view of staging at least one promotion featuring national title fights every two months.

“We shall then embark on hosting title fights every month with more sponsors on board. We must revive monthly promotions,” said Ndolo, adding that he is going to streamline administration at KPBC secretariat so as to lure in sponsors and promoters.