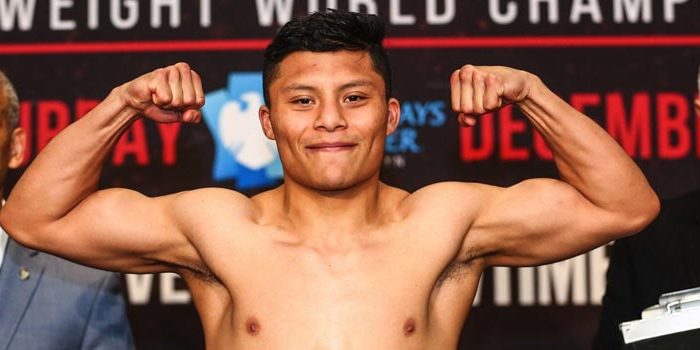 “I have proven time and time again that my drive and desire to be champion is too big to be ignored,” said Cruz. “This fight won’t be the exception. I am going to pull off the upset and a brand new star will be born on December 5.”

The 23-year-old Cruz has put together a 21-fight unbeaten streak heading into his first world title clash, including most recently defeating former champion Francisco Vargas by unanimous decision live on SHOWTIME in June. Now, as he prepares to face the fast-rising star Davis, Cruz brings the hunger of an underdog into every aspect of his training.

“My motivation to be at my very best for this fight is the biggest key for me day in and day out,” said Cruz. “This is the fight that I’ve always dreamed of. The work we do in the gym, the runs I go on and the conditioning drills I push through, are all fueled by my motivation to make the most of this opportunity.”

The Mexico City-native is the latest in his family’s deep history in the sport, as he follows in the footsteps of his grandfather Memo, his father Isaac Sr., his uncles Eduardo and Guillermo, and his older brother Diego, who all fought professionally. Despite that familial pressure, Cruz was actually initially interested in the sport to keep himself on a positive path in life.

“Boxing was always in my blood, but my main motivation to get into boxing as a kid was steering myself away from bad role models and influences in my neighborhood,” said Cruz. “I was six-years-old when I decided to tag along to the gym one day with my grandpa, and I really liked it. A passion for the sport was born, and now it’s just a full-blown love story between boxing and I.”

In addition to his family, Cruz had heard from the legendary Mexican champion Julio César Chávez before securing the Davis fight. The conversation turned out not only to be prescient, but added another motivating factor for Cruz heading into this fight.

“Chávez told me to make sure I’m always staying ready in case that fight with Gervonta was going to become a reality,” said Cruz. “Afterwards, he told me that I have the courage needed to defeat Gervonta. The fact that he said that to me speaks volumes about the strides I’ve made as a person and as a fighter.”

Cruz will be looking to take advantage of the strong contingent of Mexican and Mexican-American boxing fans in Los Angeles who will surely be in his corner on fight night against Davis. Despite that expected edge, Cruz knows he can’t rely on it to help him in the ring.

“I am so happy to be fighting in Los Angeles with all of the Mexican fans,” said Cruz. “But I have to remember that in the end, it’s just going to be me and Gervonta face-to-face in the ring. Of course it motivates me that I’m going to feel right at home. But I just can’t let it distract me or trick me into becoming overconfident.

“Defeating Gervonta Davis is the only thing on my mind. When I win, I know he’s going to want the rematch and I can promise that I will train twice as hard for that fight when it happens.”

Tickets for the live event, which is promoted by Mayweather Promotions, GTD Promotions and TGB Promotions, are on sale now and can be purchased at AXS.com.