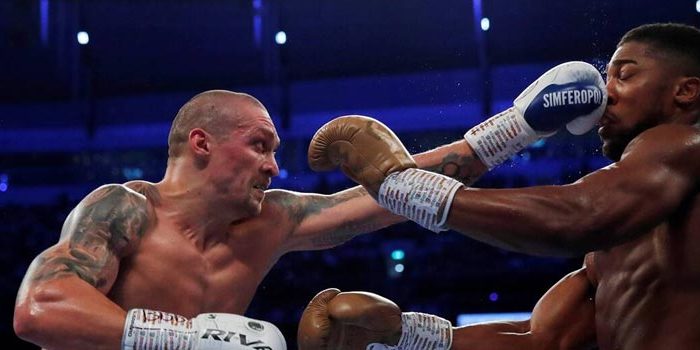 Anthony Joshua will be looking for revenge in the coming months.

There was an immediate rematch clause, which Joshua exercised.

According to Hearn, the second bout will take place by early April at the latest.

The goal, says Hearn, is to bring the fight back to the UK – but there are several other locations that are interested in hosting the second fight.

“I think [the rematch] will be realistically end of March, early April. Both guys are probably resting, although AJ will be doing a bit more preparation because he wants to get it right,” Hearn told Talk Sport.

“There was a well-documented trip to America, just to look really, look, learn and see. I think he will go back out there towards the end of the year. We will start talking to Team Usyk over the next couple of weeks and pin down the venue.

“I would like it back in the UK. There are other options. We have had approaches to stage that fight around the world. But last time out was a massive spectacle and, obviously, this time is a much bigger fight.”

Usyk’s promoter, Alexander Krassyuk, would love to take the rematch to his boxer’s home country of Ukraine, but he doesn’t rule out the possibility of coming back to the UK or taking it somewhere else.

“We have three options: the United Kingdom, Ukraine and the Middle East. We plan to meet with Eddie Hearn within the next couple of weeks to initiate the rematch activities,” Krassyuk told Sky Sports.