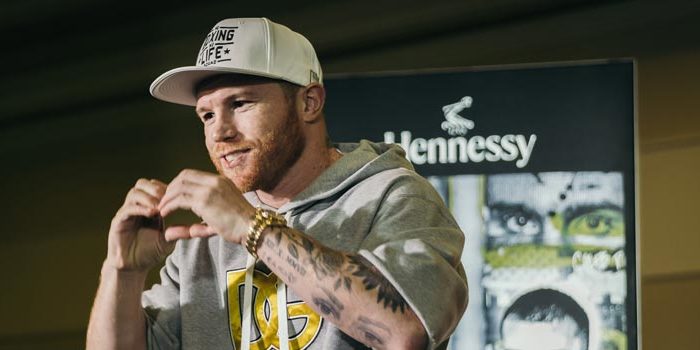 WBA/WBC/WBO Super Middleweight World Champion Canelo Álvarez and undefeated IBF Super Middleweight World Champion Caleb “Sweethands” Plant made their grand arrivals in Las Vegas on Tuesday, before they meet in a historic showdown that headlines a SHOWTIME PPV this Saturday, Nov. 6 in a Premier Boxing Champions event from the MGM Grand Garden Arena.

With fight week officially underway, Canelo and Plant move closer to their long-awaited opportunity to stamp their names in the history books as the first undisputed 168-pound world champion of the four-belt era.

Tickets for the live event are on sale now and can be purchased at AXS.com. The event is promoted by Canelo Promotions and TGB Promotions and sponsored by Hennessy and Value

At Tuesday’s event at MGM Grand, each fighter declared their intention of making history and emerging victorious Saturday night.

“It means a lot to me to win this fight for my legacy,” said Canelo. “That’s why we are here. He’s a good fighter with a lot of skills, but that’s nothing new for me. Saturday night, I’m going to make history.”

“I’ve dedicated my life to this sport,” said Plant. “I’ve sacrificed a lot. We’re happy to be here, but we’re not just happy to be here. We are here to win those belts and become the first undisputed super middleweight champion of all time.”