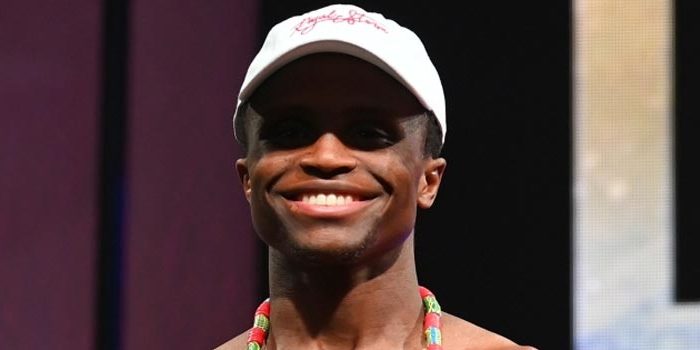 Isaac Dogboe of Ghana is closing in on another world title.

Last Saturday, the former WBO World 122-pound Champion moved closer to that goal with a 10-round majority decision win over a game Christopher Diaz at the Michelob ULTRA Arena at Mandalay Bay Resort & Casino in Las Vegas.

So what is next for the “Royal Storm?”

Dogboe is currently rated no. 4 by the WBO, no. 9 by the WBC and no. 10 by the IBF. Current WBO titlist Emanuel Navarrete has already handed Dogboe his sole two losses – taking the title in the process – and is unlikely to fight Dogboe a third time. However, Navarrete is expected to move up to 130-pounds, where a showdown versus unbeaten WBC World Super Featherweight Champion Oscar Valdez has been discussed.

Should that happen, Dogboe could get a shot at the vacant WBO title versus unbeaten Ukranian southpaw Oleg Malinovskyi—or perhaps the dangerous Joet Gonzalez, who is coming off a one-sided loss to Navarrete in October and thus, may not be eligible for another world title shot right away.

Dogboe could also target the other titlists. WBC 126-pound Champion Gary Russell Jr. is the longest-reigning champion in boxing today. Dogboe may have to wait. Russell could face Manny Pacquiao protégé Mark Magsayo next in a battle that could see the title change hands. Or Dogboe could also try for the WBA belt, the title currently held by the legendary Leo Santa Cruz.

Russell, Magsayo, and Santa Cruz all fight under the Premier Boxing Champions banner which could make things difficult for Dogboe, who is aligned with Top Rank Promotions. But if there is a good fight to be made, the two sides have shown a willingness to work together, evidenced by the Tyson Fury-Deontay Wilder trilogy, Terence Crawford vs. Shawn Porter and the December 17 battle between Artur Beterbiev and Marcus Browne.

So what’s next for Isaac Dogboe? Hard to say now but another world title shot may be closer than some think.