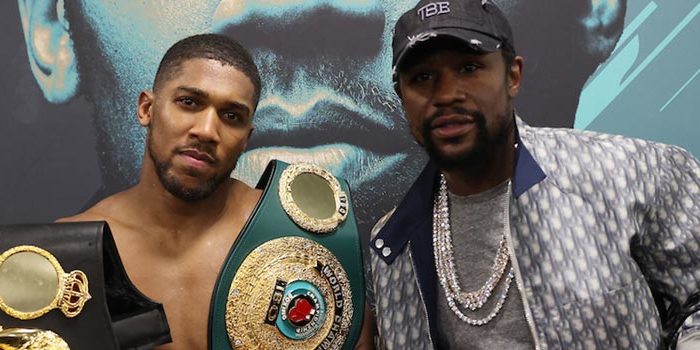 Uysk outboxed Joshua over twelve rounds back in September, to capture the four belts at Tottenham Hotspur Stadium.

After suffering his second career defeat, there are many observers who are calling for Joshua to part ways with head trainer Rob McCracken.

A few months ago, Joshua traveled to the United States and was spotted in the company of several high profile trainers.

Mayweather, who is friendly with Joshua, is interested in assisting him at the Mayweather Boxing Club in Las Vegas.

“I told him from the beginning, I told him to come and I could teach him some pointers. A lot of the time, this is just my take, the same coach you had as an amateur doesn’t always make you a great professional,” Mayweather said.

“I feel like Anthony Joshua, they’re going to different coaches and saying ‘this coach is going to work with him’. But I told him at the beginning when he was undefeated ‘you’ve got some things you need to tweak because if you don’t then you may come up short’.”

Joshua has already exercised his contractual right to an immediate rematch.

The second fight with Usyk will likely take place in the first quarter of 2022.