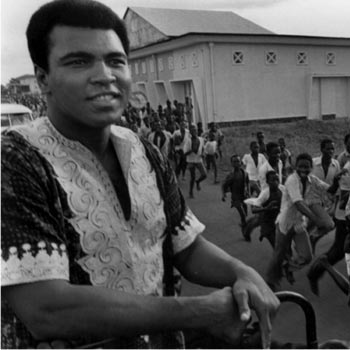 On January 17, 1942, Muhammad Ali was born in Louisville, Kentucky. Nicknamed “The Greatest,” Ali is widely regarded as one of the most significant and celebrated sports figures of the 20th century, a true revolutionary, a man of his people, and as one of the greatest boxers of all time. He died on June 3, 2016. We salute a giant among men.